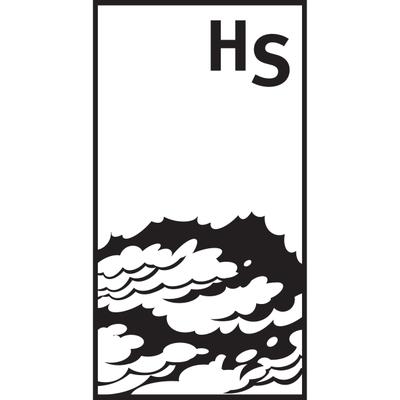 See details
An ongoing travelogue between identities, physical places and states of consciousness. Many of these evocative slices of ambient electronica evolved away from the studio, while traveling or visiting new places.
Lifted from Liminal Drifter’s forthcoming third album The Dreams (12th June 2018).

“The Dreams, is a lush soundscape of melodic and dream like elements that come together to form an intricate and truly beautiful piece of work… Keep your eye on this one.” – 4ZZZ

See details
Following on from his work with Perth’s sun-dappled musical instrumentalists Apricot Rail, Ambrose Nock explores the fertile realm of delicate, experimental post-pop with his new project Target Archery.
Taken from forthcoming album "Clock of the Long Now" (2/10/17).
The album was crafted in an isolated studio in rural Western Australia over a period of three years. Across 40 blissful minutes, Target Archery weave a suite of glimmering musical tapestries that expand beyond the borders of conventional guitar pop.

See details
Liminal Drifter is an ongoing travelogue between identities, physical places and states of consciousness. Many of these dreamy, evocative slices of ambient electronica evolved away from the studio, while traveling.
Erik Nilsson's sublime remix of 'Troubled Mystic' is the opening track from The Night Train Vacancies, the new album featuring remixes of tracks by Perth-based ambient electronica artist Liminal Drifter. The album will see release on the 28th of August 2017.

See details
“Imagine the ethereal pop of early Múm, the whimsy of Sigur Rós’ more optimistic moments, and the emotional edge of The Twilight Sad. This is consummate indie post-rock.” Rave Magazine
After a long hiatus, Perth’s instrumental pop magicians are back. ‘Scarecrow’ is the sound of empty fields bathed in the early morning sun, buzzing with insects, birds and liminal activity. The song embraces their unique sound along with their talent for weaving multiple melodies into a shimmering tapestry of songcraft.

See details
Craig Hallsworth was the singer, guitarist and principal songwriter in Perth bands and projects The Bamboos, The Healers, wild palms, Zuvuya, Outstation, The Slow Beings & Tangled Star.
‘We’re Too Far Away (My Other Future, My Other Youth)’ is the first single taken from What’s The Story With This Hole?, the debut solo album by Western Australian songwriter Craig Hallsworth.


Other tracks by Craig Hallsworth:  Everyday Ghost Song  -  Jonah, He Lived in a Micro-Apartment

See details
Liminal Drifter is an ongoing travelogue between identities, physical places and states of consciousness. Many of his dreamy, evocative slices of ambient electronica evolved away from the studio, while traveling.
A collaboration with dream-pop artist Chloe March, ‘Troubled Mystic’ is the perfect introduction to the measured, spacious beauty of Liminal Drifter. Drawing on the seminal sounds of trip-hop pioneers Massive Attack and early Warp acts, ‘Troubled Mystic’ punctuates a shuffling groove with golden swells of brass and March’s aching vocal.

Other tracks by Makee:  Tone  -  Bord

See details
Australian outfit perth shift effortlessly between psychedelic pop, folk-laced electronica and shoegaze. Their new album what’s your utopia? manages to meld these disparate genres into a beautifully cohesive statement.
‘Greasy Moon’ is an echoing, disorientating, addictive stomp that offers a tantalising hit of the wonderful songcraft woven throughout What’s Your Utopia?’s expansive, eclectic patchwork. As reassuring as it is creepy, as uplifting as it is doggedly despondent, it exemplifies the perverse pleasures and ear-bending dichotomies perth draw upon.

Other tracks by perth:  Drank and Kites and Tomorrow  -  Saw Promenade

Other tracks by Tangled Star:  Crazy Bit O' Truth  -  In Bed With The Averys

See details
“...what genre-defining bands like Explosions in the Sky take eight or nine minutes to do Apricot Rail are capable of in three and a half." – Drum Media
‘Basket Press’ opens Apricot Rail’s long-awaited sophomore album Quarrels in fine style. Led by the band’s unmistakably chiming guitars and overlaid with gorgeous woodwinds, the song’s melodic weave soon builds into a triumphant final chapter. The track is a wonderful introduction to Quarrels’ multi-part song structures and beautiful unfurling melodies.

See details
Most instrumental rock suggests the apocalypse is coming. If it is, Apricot Rail are too busy crafting beautiful lilting melodies to care.
The stunning new song from the much-beloved Apricot Rail that gradually blooms from a shimmering haze of harmonics and ride cymbal into a delicious interweave of resonant guitars and woodwind melodies. The song’s restraint becomes its strength as the hairs on the back of your neck slowly rise.

See details
Most instrumental rock suggests the apocalypse is coming. If it is, Apricot Rail are too busy crafting beautiful lilting melodies to care.

The stunning new song from the much-beloved Apricot Rail that gradually blooms from a shimmering haze of harmonics and ride cymbal into a delicious interweave of resonant guitars and woodwind melodies. The song’s restraint becomes its strength as the hairs on the back of your neck slowly rise.

Other tracks by Umpire:  Supply Chins  -  The Canyon

See details
Perth band My Majestic Star meld elements of shoegaze and post-rock to create songs brimming with fuzzed-out ambience and shimmering, haunting melodies.
A prime example of My Majestic Star’s ability to merge weightless daydream pop with droning shoegaze. The track’s melodies swim in uppers and downers, all the while building and brooding. The track also features the stunning vocals of the band’s cellist, Miriam Braun, alongside Chris Mason’s distinctively dreamy tones.

Other tracks by My Majestic Star:  Like Cracked Glass  -  Hi

See details
In City of Satellites’ music, raw guitar tones, rich vocal melodies and dynamic percussive rhythms weave around layers of vintage synthesizers, textures and sequences, creating ethereal yet structured electronic pop.
The perfect introduction to City Of Satellites’ gorgeous sound. Delayed guitars, bass and drums are swathed in an eerie mist of synths and chimes, above which Jarrod Manuel’s emotive vocals shine clear and true. The track breathes and throbs with life, ebbing and flowing beautifully
throughout.

Other tracks by City of Satellites:  The Spook  -  Sleeping Disgrace

See details
Tangled Star make once familiar territory foreign and offset. Thier sound which is rooted in indie rock and alt country takes unconventional musical twists and turns.
‘seabirdtown’ opens with the expansive open air sound of Pink Floyd-style organs and spatial guitars before falling into an earthbound shuffle. The build to a towering edifice of overdriven guitar, droning organ and harmony vocals is topped off by an echoed guitar line that sketches glistening arcs in the stratosphere.

Other tracks by Tangled Star:  I had something good in my life and I didn’t want to lose it’  -  Pictures of Lefty

See details
Apricot Rail produce some of the most discretely charming, lush instrumental pop music you’re likely to hear all year.
‘Pouring Milk Out The Window’ is an anthem without ever having to be anthemic, a melancholic reverie that never resorts to the emotional ease of sadness.