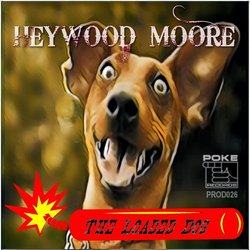 The Heywood Moore Band have been making quite a splash over the last couple of years with three singles in the Top 40 Australian Country Tracks chart (Turn the key, Walkin’ after midnight and Headin’ home for Christmas) and a well received album (Goodbye Yesterday) under their belts. They were also nominated for a prestigious ICMA award (“Most popular independent duo”) and received an Akademia Award for ‘Best Americana Song’ for the title track of their album.

Their songs tap into the rich mother lode of traditional country storytelling while still bringing their upbeat outlook on life to bear with a catchy, contemporary sound.


This track celebrates the work of Australia's greatest story teller with an old school talkin' country blues song based on Henry Lawson's most famous short story - 'The Loaded Dog'. This is out homage to Australia's poet laureate as we approach the 120th anniversary of the creation of this classic tale (which was published in 1901).