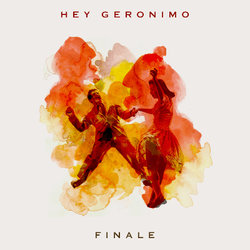 Brisbane’s Hey Geronimo have steadily developed into one of the country’s most innovative and quirky purveyors of indie music after releasing a string of radio singles over the last two years. After signing last month to seminal Australian publisher Alberts, the band is now proud to announce the release of new single "Finale" on Wednesday, 29th November – the first track from their highly anticipated debut album (due 2015) – and to announce the accompanying launch tour.

"Finale" follows on from Hey Geronimo’s previous EP releases - Hey Geronimo (2012) and Erring On The Side Of Awesome (2013) - which featured triple j high-rotation singles ‘Why Don’t We Do Something’, ‘Carbon Affair’ and ‘Lazer Gun Show’ (7th most played track on triple j in early 2014).

The "Finale" tour will take the band to six stops throughout Australia in December, taking Hey Geronimo to Melbourne, Sydney, Woollongong, Brisbane, Byron Bay, and Maroochydore – a perfect way to cap off the year.