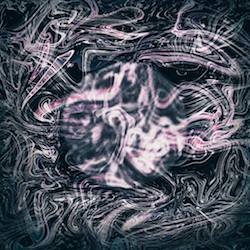 If you ask anyone in his rapidly growing, hardcore fanbase, Herzeloyde is one of the most underrated producers in Australia.

That might sound like PR hyperbole, but considering the Melbourne producer’s fans consist of some of the biggest names in electronic music, including Mr Carmack, Noisia, Snakehips, and Moonbase, then that’s a fanclub whose weekly newsletter you really should subscribe to.

Herzeloyde has managed to build his career from the comfort of relative obscurity over the last few years, quietly uploading his music to Soundcloud with little pomp and circumstance. And yet, with every new release, the impact of his music has grown louder and louder – culminating today in the release of the huge single, ‘Sprung,’ and the announcement that he’ll be releasing his latest EP, 4D, on Moonbase’s Trench Records, on February 24.

Having previously toured nationally, including Sydney, Melbourne, Brisbane, Adelaide, Canberra, Perth and the Gold Coast, as well as performing at 2016’s EMC, Herzeloyde is now poised to flex his well built live muscles again when he brings this new music to the club later this month.


The single, which premiered on Purple Sneakers who described it as “absolutely throbbing from start to finish,” erupts like an air raid siren, announcing Herzeloyde’s arrival on Trench and signaling his emergence from the shadows and into the spotlight.