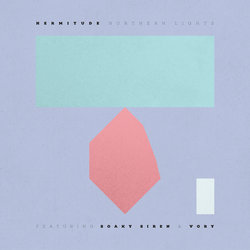 Since the early 2000s Elgusto and Luke Dubs have been exploring the wide sonic territory formed by their influences, both individually and as a group. Their chemistry in the studio is backed by a friendship that has seen the duo experience some incredible moment. Hermitude have remained one of Australia’s most endearing and popular acts.

Signing with Elefant Traks in 2002, Hermitude quickly created a strong platform to express their individuality, and their relationship with the label continues to this day. From their debut album Alleys to Valleys, through to the flourished sounds explored on the follow up Tales of the Drift, and then of course the musical richness of Threads, those early chapters of Hermitude’s career saw a quick and fiercely loyal fanbase form, while the Hermitude name and reputation generated industry acclaim.

The music was captivating and forward-thinking, and with the release of HyperParadise in 2012 Hermitude returned from a brief hiatus with vigour and a re-energised approach to their craft. Of course, the album gave fans ‘Speak of the Devil’, the duo a j Award for Best Music Video and placement in the triple J Hottest 100 and their first Australian Top 40 charting album.


Returning with a daring new single which feels completely new and irresistibly familiar all at the same time. ’Northern Lights’ will lure you in with its light and intricate production steeze, pull you under with its earth-shattering drops and spit you out the other side. Joining the Hermitude on the track are the smooth vocals of Soaky Sirens and Vory