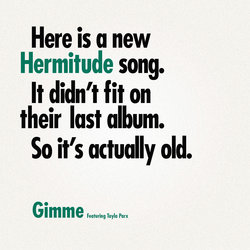 Hermitude are Elgusto and Luke Dubs, an award-winning duo and an evolving success story, from humble beginnings born in music and friendship, to creative and commercial peaks that grow with each release.

Forming in the early 2000s, Hermitude had built a unique chemistry after playing live together in various bands from an early age. Their first EP was the vinyl-only Imaginary Friends, shortly followed by their debut album Alleys to Valleys.

2015 began with the signing of a worldwide deal with Nettwerk Records, as well as their first headline tour of the US, taking in SXSW and going on to festivals such as Governor’s Ball and Lollapollooza.

When Elefant Traks released Dark Night Sweet Light on May 15 it became the #1 in the country – their first top ten album, and a landmark moment. It stayed in the Top 10 for weeks following.

Dark Night Sweet Light dropped in the US on August 28, 2015 and the UK/EUR on February 26th, 2016 through Nettwerk Records. There is no doubt that 2016 will prove another huge year for the duo.


'Gimme' was written in the 'Dark Night Sweet Light' sessions, but never made it on to the album - so technically it is old.

Other tracks by Hermitude: Vibration
%