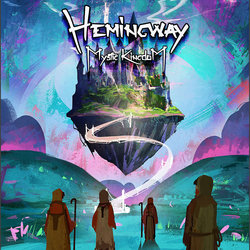 2018 has seen Hemingway lock themselves away in a home studio, tediously perfecting their forthcoming EP, Mystic Kingdom. Only seeing the light of day for festivals Rabbits Eat Lettuce, Double Baked and a handful of bigger shows that they knew your Mum would be attending.

Hemingway have no intention on slowing down anytime soon as the masses continue to gravitate towards their music. Introducing live percussion and a new band member to their performance, further complimenting their already delicious groove, Hemingway will now round out the rest of this year launching their 6 track EP Mystic Kingdom supported by two national tours, festivals and the goal to tour Japan early in 2019.


Mauve Magic... as fresh as your uncle's best friend's dirty socks after a gig.