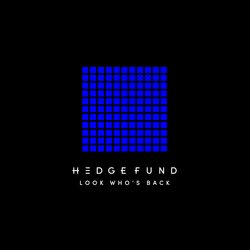 Hedge Fund released two singles in 2014 - ‘Outta Sight’ and ‘Object Of My Affection’ – both of which resulted in outstanding reviews and support from the likes of triple j, triple j Unearthed and a slew of international music blogs.

Drawing resemblance to post-punk greats The Cure, The Clash and New Order, ‘Look Who’s Back’ captures a comparably dark energy, whilst encompassing its own unique delivery thanks to Colvin’s unmistakable presence as one of Sydney’s most enigmatic young front men.

Hedge Fund will perform at The Sly Fox in Enmore for the Rare Finds club night launch on Friday April 24, alongside triple j favourites Jenny Broke The Window and Food Court.


'Look Who's Back' is a post-punk driven song with influences from the likes of The Cure, The Clash, New Order and Midnight Oil.