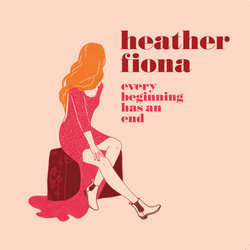 Footscray based soul-pop expert Heather Fiona maintains an engaging unpredictability that shuffes between motown, blues, country and pop. She is known for her standout vocals and heartfelt, honest lyricism with endearing delivery.

Heather's songwriting career stretches over many years and projects, including alt. country trio The Sweet Somethings and folk-pop trio Heartwood. Heather is also the founder of songwriting collective West Song, an inclusive group of songwriters and musicians from Melbourne's inner-west.

November 2018 marked the long awaited release of Heather Fiona's solo debut album Every Beginning Has An End to a packed audience at Bar Open, Fitzroy.

The album was produced and recorded by prolific musician and multi-instrumentalist Tim Guy at Hot Rocks in South Yarra. Mixed and mastered by industry veterans John Lee at Phaedra (Stonefield, Laura Jean) and Andy Stewart at The Mill (Gotye, Paul Kelly).


Dreamy and harmony rich, written for a songwriting challenge inspired by the famous painting: ‘Over the Town’ by Marc Chagall. I’ve been asked to play this at a few weddings; however the protagonist is not in love – merely hopeful.

Other tracks by Heather Fiona: Every Beginning Has An End  -  Bad Taste