Heath Watts - Looking Through The Eyes of a Child 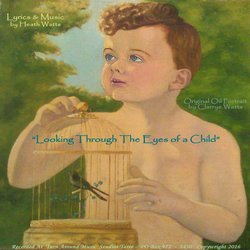 Heath grew up in the Central West of N.S.W. beginning his career in the sixties with R&B and Pop before going solo. Influenced by artists such as Kevin Johnson, Mike McLellan, Ross Ryan, Buddy Holly, Jim Croce, and Gordon Lightfoot, he began composing in 1980, but did not complete any commercial recordings.

After entering in Tamworth Chesterfield Starmaker 1983 and finalising as the last solo artist in the top five, he was invited to go overseas to represent Australia in a succession of Australian festivals in Japan, including five months performing for Australia at Tsukuba Expo.

In 1985 to comemmorate the N.S.W. Government gifting of Koala's to Tokyo Metropoliton Government he composed and recorded "Say Hello, Koala Bear" marking his first overseas commercial recording. He continued his tenure in Japan performing and composing over an 18 year period. Returning to Australia, he retired from active music for several years due to family health matters.

He re-entered the music scene in 2010, winning several awards for his compositions. In 2013 he released a solo traditional heritage single, "Back To Lansdowne". Also in 2013 he became an active radio presenter on Community Radio creating his "Around The Delta" programme on 104.7 FM.

In 2015 he entered his first commercial composition, "Looking Through The Eyes of a Child", into the ASA Awards in Sydney where it achieved top 30 in 4 categories. In the 2016 Awards it entered the top 30 in 5 categories. It was a semifinalist in the 2017 TSA Awards in Tamworth.

Heath is currently preparing his web site to release multiple singles and an EP in 2017 with his first solo Album to follow.


Written by Heath and produced by Peter Stevenson, it highlights the uncertainties facing our youth as they enter a future created by systematic environmental degradation, in these troubled and commercially driven modern times. The children of today are demanding, from our world leaders, definitive answers to their questions.