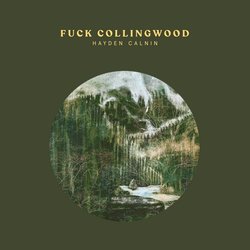 From early beginnings, singer/songwriter and producer, Hayden Calnin has carved out a path refusing to adhere to convention and genre. By the time the self-taught, multi-instrumentalist had graduated from film school, a major in sound design had set the scene for Hayden to take an interest in music production.

With several self and co-produced releases under his belt, Hayden’s music has explored the realms of everything from folk through to downbeat electro, drawing comparisons to artists such as M83, Bon Iver and James Blake.

Since the release of his early work, right through to his most recent releases, Hayden has received significant attention across major international blogs and radio, played sold out shows in Australia and the UK and toured with the likes of Matt Corby, Tom Odell and The Antlers. Furthermore, Hayden has received continued international attention with songs being placed on popular TV shows such as Suits, The 100, The Vampire Diaries, Teen Wolf, So You Think You Can Dance USA and the official UK trailer for Oscar nominated film ‘Room’.