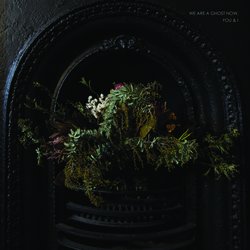 WE ARE A GHOST NOW, YOU & I - as a sophomore album - stirs instantly. There is a sense of yearning and desire within the lyrics, while musically, the band inject intense emotion into each riff, progression and melody. Have/Hold’s sound has been refined over the last two years of touring, writing and laying down new ideas; the development of their creative output shines with this record. Emerging triumphant from their studio sessions last year, Have/Hold have rewritten their own rule book and in We Are A Ghost Now, You & I they stand strong behind some powerful moments of music that flits easily between the indie and post rock worlds.

Have/Hold’s reputation as a live band has long preceded them. Beloved locally for their talented knack in harnessing creative fury and channeling it through a tight, powerful live show, the band have since been able to debut their sounds internationally, notably a successful American tour off the back of their acclaimed debut album, King Salt. Have/Hold have shared stages with the likes of We Lost The Sea, Balance & Composure and Say Anything, as well as festival bills with The Hotelier and Title Fight.


Powered by impassioned vocals, soaring guitars and a rhythmic pulse that remains strong at its core, the new album from Melbourne’s HAVE/HOLD presents itself as a fitting snapshot of the band today: reinvigorated, wide-eyed and raring to thrive