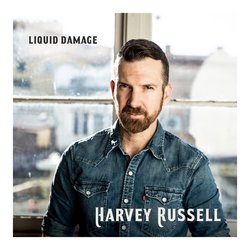 Harvey Russell first began treading the boards of Sydney’s pubs and bars as frontman for the rock and alt-country Harvey Swagger Band in the late 2000’s before exploring more acoustic-based country-folk in duo Peasant Moon.

An album of classic country songs for the modern world, recalling everyone from George Jones to Daniel Romano, it harnesses the songwriter nous of Jeff Tweedy and Ryan Adams, the swagger and grit of seminal alt-country bands from the last 20 years, while still honouring the rich tradition of country music.

In recent years, Harvey’s music has received attention both in Australia and overseas. He has achieved international recognition with performances at Canadian Music Week (2016) and touring throughout the US in 2017. Peasant Moon’s debut EP was a finalist in the Australian Roots Music Awards (EP of the Year, 2016) and the song ‘Over Again’ was a finalist at the 2018 Tamworth Country Music Festival’s Songwriters Awards.


Rollin' Into Town is a shuffling upbeat track about a transient lifestyle, a truck driving song in the rich tradition of country music. It features some sublime fiddle playing and pedal steel that conveys the heartache of loneliness and the rush of the open road.

Other tracks by Harvey Russell: Gave You Flowers  -  My Blood Is Thinning and Weak
%