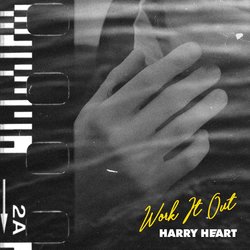 Growing up in Walthamstow, Harry Heart eventually became a multi-instrumentalist in rural Australia, receiving national airplay and touring nationally in two acts before finishing high school. 2016 saw the release of three indie-rock/post-punk singles, Flowers [The Retaliation], Baby Calm Down, and Epiphany. Following a wave of acclaim in Australia and the UK for the single Baby Calm Down, fresh from supporting acclaimed acts Radical Face (US) and Lewis Watson (UK), Heart retreated to Western Australia to write and record the acoustic EP Sun Follows in a heritage-listed warehouse by the sea. The EP featured on Apple Music's UK 'A-List: Singer/Songwriter' and 'Acoustic Chill' playlists. In 2018, Heart released Twenty Five and Ninety Six, recorded in Sydney at Arthur St Studios. These were the first two cuts from the First Endorphin EP released in September 2018. In 2019, Heart returns to London to continue his work on the upcoming ‘Hands in the Hive’ EP and tour the UK.


After BBC Radio 6 airplay and the single 'Montaigne' landing Record of the Day, Harry Heart reveals the second single from the upcoming 'Hands in the Hive EP'. Work It Out exudes indie-rock maturity with lyrical prowess, gritty guitar work, and a mix of urgency and poise in it’s delivery.