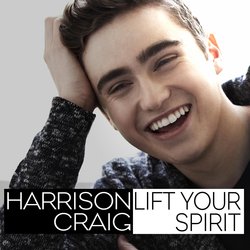 Harrison Craig captured the hearts of the nation throughout The Voice 2013 series. His platinum selling #1 debut album ‘More Than A Dream’ has now gone on to sell more than 95k copies.
The track ‘Unchained Melody’ from the album has now sold in excess of Gold.

During The Voice season, seven of Craig’s performances broke the iTunes Top Ten,
with an impressive four performances reaching the #1 spot.

Harrison Craig is currently touring nationally through-out October and November.
The ‘More Than A Dream’ tour will take in 25 dates across the country.


Harrison will perform the track at this year’s Pride of Australia awards, televised live on Channel 10 on November 15.