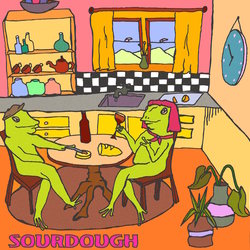 Hannah Kate is a garage rock outfit from Melbourne who over the past two years have earned themselves a reputation for their raucous live shows and their intelligent brand of rock and roll. Front woman Hannah has attracted a diverse audience with her exciting songwriting ability, her sense of humour and her DIY attitude.

In 2018 the band released their debut single ‘Cry July,’ which Triple J’s Claire Mooney described as “A feel-good punchy af slice of let's enjoy being careless and free.” The track was received so well that Hannah and the band sold out their first single launch at The Tote.

At the beginning of 2019 the group released their second single, ‘Moreland,’ which Triple J’s Dave Ruby Howe stated was a “sensational follow up to ‘Cry July,’ which I loved. This is full of layering and brains and the warm and fuzzies.” The track was also featured in the Triple J Unearthed ’Top 5 Songs of the week: Jan 11’ podcast. The rest of 2019 has seen the band performing alongside artists including Ali Barter, Bad//Dreems, Lime Cordiale and Drunk Mums.

Now, Hannah is back in your speakers with her latest offering, 'Sourdough.'


‘Sourdough’ is bursting with emotion. Produced by Sam Swain (previous production credits- Rat!Hammock, Obscura Hail) at Sunset Studios, here the guitars meander, then race, distorting into a feverish climax alongside a freakish synth solo reminiscent of heart palpitations. Her songwriting, sharp as ever, relishes in intimate moments spent alone with a partner, “now it’s nice to be alone... with you.”