Hannah Blackburn - Did You Always Know 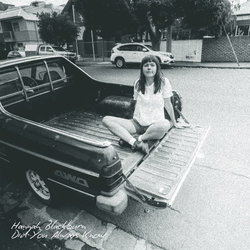 It’s been nearly two years since Hannah’s debut single was quietly released, since then she spent 2018-2019 honing her live performance by working hard and playing often.

Hannah’s charming, personable and empathetic nature allows the audience to feel vulnerable, cared for and understood. Her music speaks to a new generation, one where it’s okay to talk about people that bring us pain.

Hannah’s recent writing spotlights every aspect of feeling contempt - the songs are sprawling chronicles of life, told without mockery or cruelty. Touching on different places in her journey, from first-hand dealings of sexual assault, to heartbreak via a depressed ex-boyfriend, and everything in between.

All of which are performed with sincerity and sustenance – her honesty, warmth and wit translates horrific life experiences into collected guidance.

By doing so, Hannah’s become a household name of the Melbourne music community, one that is growing everyday by leaving those who listen enchanted, curious and attached.


Did You Always Know was written in the wake of a breakup. It harnesses the immediate feelings of nostalgia, and captures the inevitable denial which allows us heartbroken suckers to throw reality out the window and forget all bad. As the song goes on, it structurally steps through the acceptance process, however always returns to question 'Did You Always Know'?