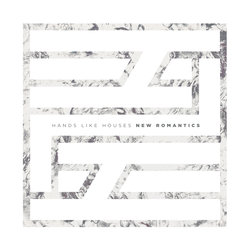 Since their debut, the band has continuously toured the world, including playing at the Vans Warped Tour, Download festival, Slam Dunk festival and playing alongside the likes of Pierce The Veil, Sleeping With Sirens, Silverstein and Beartooth.

Eager to release new music to their fans, the band returned to the studio early this year to record their third album. Marking their return, Hands Like Houses released 'New Romantics', the first single off their upcoming album in addition to kicking off their world tour.

Having garnered international success and notoriety, Hands Like Houses will be making their UNFD debut in 2016 with their highly anticipated third studio album, 'Dissonants'.


The first single off Hands Like Houses' highly anticipated third studio album, “’New Romantics’ is about the way we fall into patterns in everything we do" and how "we are always trying to move forward in spite of them,” says vocalist Trenton Woodley.