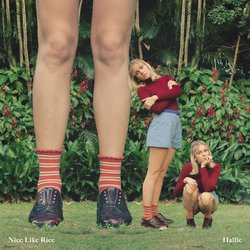 From a young age Hallie has never feared vulnerability in front of an audience. Her quirky lyrical content pairs delightfully with the provocative and stimulating nature of her entertaining live performance.

From her indie folk roots Hallie has built a distinctive pop-rock sound with the occasional jazz lick. Each song of hers reveals the layers of her artistic maturity, her idiosyncrasy as the foundation.

2019 has been a very busy year for Hallie. In March she dropped her latest single, ‘What’s Good?’, a surprising musical track that speaks with vulnerability about growing up. The song has received widespread positive reception across Australia for its mellow melodies and jazzy undertones. ‘What’s Good?’ is only a taste of the diverse and evolved sound embodied in her forthcoming six-track debut EP. ‘Wink Wink Nudge Nudge’ is set to be released in September this year. With shows alongside Brisbane’s Asha Jefferies, Pool Shop, The Jensens as well as supports for Verge Collection, IVEY, Spacey Jane and Motor Ace, Hallie is quickly establishing herself as one of the most entertaining up-and-coming acts in Brisbane.

Hallie is proving she is one to keep an eye on this year.


Nice Like Rice is about losing a friend. It's about realising a friendship has been one sided and finally allowing yourself to let go, give up and move on from someone who once considered to be close to you.