Hairy Soul Man - How Deep Can I Go? 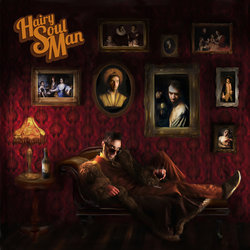 Kai Smythe, Melbourne-based musician, comedian and performer is Hairy Soul Man, a peacock of a performer full of swagger and confidence. Backed by a 7-piece band made up of local Melbourne talent, Hairy Soul Man is an explosion of comedy soul extravaganza, perfectly combining high-caliber musicianship with well-crafted comedy.

To celebrate the follow up to his debut single ‘Loving Myself’, Hairy Soul Man releases of his brand spanking new single and world premiere of the video for ‘How Deep Can I Go?’ at a special night at Chapel Off Chapel as part of this year’s Melbourne Cabaret Festival on Wednesday, June 24th.

A winner of several awards, including ‘Melbourne Cabaret Festival Award’ at Melbourne Fringe Festival and ‘Best Musical’ at New Zealand Comedy Festival, Hairy Soul Man’s show has won over audiences both locally and internationally with critically acclaimed performances at Adelaide Fringe and Edinburgh Fringe and a sold out show at Melbourne Comedy Festival.


Everything about Hairy Soul Man’s brand new, soul infused single ‘How Deep Can I Go’ is so feel good that you are guaranteed to have a massive grin adorning your face once listening to it!