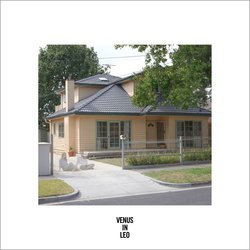 It’s been ten years since HTRK released their breakthrough first album, Marry Me Tonight. The band has undergone profound changes, with the first two albums released amid the deaths of close friend and collaborator Rowland S. Howard and HTRK co-founder Sean Stewart. Psychic 9-5 Club set them on a path of self-discovery, and Venus in Leo marks a spirited new chapter by one of the most distinctive bands of the past decade. Recorded more or less live in HTRK’s home studio in the Dandenong Ranges outside of Melbourne, the album’s simple production reveals gorgeous, toned-back arrangements and an evolving, idiosyncratic songcraft. Venus In Leo is out August 30 on Mistletone Records via Inertia.


New Year's Day is the new single from HTRK's album Venus in Leo.