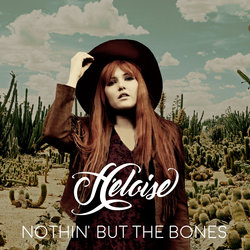 Héloise started her career at the ripe age of 15 in Tasmania, playing countless local shows and eventually securing performances at The Festival of Voices, The Falls Festival, Junction Arts Festival and Party In The Paddock.
The young songwriter officially debuted in 2013 with her EP ‘Birds In My Mouth’, which was warmly received by fans and media alike.
Héloise had a massive 2014, winning the 2014 Melbourne Music Bank and releasing single ‘This Is Home’. The single scored airplay on Triple J, ABC Radio and over 100 community radio stations throughout Australia. She quickly followed up with single ‘The Harvest’, which scored airplay on Triple J Unearthed.
Héloise will soon announce the release of her latest single ‘Old Salt’, which is taken from her upcoming sophomore EP ‘Nothin But The Bones’. She will also announce a run of tour dates to celebrate the release.


A western spaghetti vibe opens up an absolutely stunning new single from Melbourne's Heloise. Packed with soul and sass, this track will have you shaking your hips and tapping your toes instantly!

Other tracks by Héloise: Down The Line  -  Sonny
%