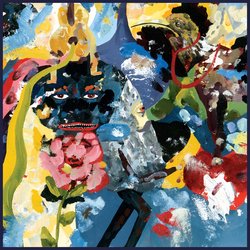 Gypsy And The Cat were a Friday night highlight at the recent Splendour in the Grass festival, drawing the biggest crowds. It was a huge return for a band that has otherwise been held up in the recording studio this year.

That hiatus to allow for recording follows an incredible two years for Gypsy And The Cat who have been widely touted internationally by the likes NME and Neon Gold since their inception. They have had a bunch of tracks go #1 in the hype machine, and their debut album ‘Gilgamesh’ delivered three songs into the Triple J Hottest 100 poll in 2011, picked up three ARIA nominations, and sold in excess of 250,000 worldwide. The album peaked at # 2 in Australia and #10 on the German iTunes albums chart and the band smashed radio charts in Germany and Scandanavia, with 2 Top 10 airplay tracks in Germany.

The album is 'The Late Blue' is Out October 19th!


‘Bloom’ is a sonic melting pot of a soaring infectious refrain. A dreamscape ball of washed out melodies and driving tom-fuelled rock and dance-floor highs. It was recorded and produced again by the band and mixed by Dave Fridmann (MGMT, Tame Impala and The Flaming Lips).

Other tracks by Gypsy & The Cat: Its A Fine Line
%