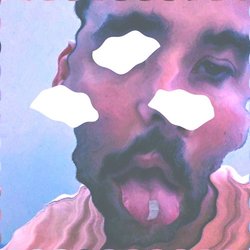 Born in South Africa and based in Melbourne, Australia, the multitalented musician’s fearless approach to his creative endeavours has been driven by staying true to his emotions and turning self-doubt into fuel. With his music speaking on real-world issues like mental health and addiction, Guard’s goal is to make you feel a little less alone in the world.

Through his own productions, Guard has amassed remarkable streams on digital streaming platforms—his biggest track to date, “Pineapple Crush,” features his own vocals and production with an impressive 2.7 million streams on Spotify. Guard’s 2017 single “Xylophone” continues to dominate Spotify as well, sitting pretty at 1.3 million streams. Beyond streaming platforms, Guard’s music has received radio play on renowned stations such as Triple J. His most recent Dual EP from 2018 represents the raw, pop-leaning electronic sound that makes Guard’s music so inherently addictive, yet hits close to home.

Beyond his infatuation with making music, Guard is an unparalleled cultural curator. The sole admin of mega-popular Instagram meme-accounts @tindervsreality and @mycringe, boast 1.3 million followers and 437,000 followers respectively. With such a spot-on perception of internet culture, Guard is consistently one step ahead of his peers in regards to what’s fresh.


Produced by LA producer notfamous and Charli XCX’s producer Umru, Guard describes the song as an emo electronic pop song with elements of PC music, about letting go of unhealthy patterns in his life and becoming content with who he is as a person. “im calling the cops on you bcoz u broke my heart