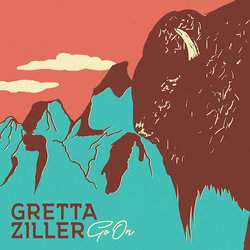 Since the release of her Queen of Boomtown album, Gretta has come to the attention of numerous tastemakers in the music industry, who have tapped her with nominations for a variety of awards, including the Australian Music Prize, Alt Country Album of the Year, CMC New Artist of the Year, and an “Honourable Mention” in the International Songwriting Competition.

The record saw an impressive array of musicians join Gretta in the studio, including members of Saskwatch, The Cat Empire, and bands of Angus & Julia Stone, Passenger and Dan Sultan,. Her sound may bear the hallmarks of classic Americana music, but its essence is far more diverse. It defies categorisation and demands repeated listens.


Go On is a cool, bluesy country track about losing someone to their dreams. It's about being sad for that loss yet happy for them for pursuing what they want to do, but letting them know you're not going to sit around waiting for them to come back for you either!