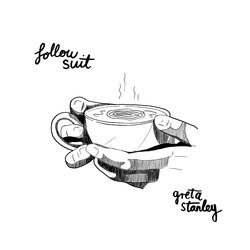 Known for her unflinching honesty, exquisite voice and instantly relatable songwriting, Greta Stanley is one of Far North Queensland’s fastest rising stars. The Cairns-based musician was the 6th most played artist on triple j Unearthed in 2018, as well as the recipient of the coveted Billy Thorpe Scholarship at the Queensland Music Awards. She has performed at Groovin’ The Moo, Australian Music Week, The Big Pineapple Festival, BIGSOUND 2018, Porchland, and Pineapple Fields.

Unafraid to tackle themes of depression, anxiety, heartache and the challenges of transitioning from youth into adulthood, Greta's debut EP ‘Bedroom City’ and LP ‘Full Grown’ (also produced by Mark Myers of The Middle East) both received widespread acclaim, and streams in the millions.

New single 'Follow Suit' will feature on Greta's upcoming six song EP 'Sun in My Eyes' which is due July 26th. It's another bold and exciting sonic leap forward for this gifted young artist.

“This high standard is becoming the norm for Greta Stanley. She is anything but your regular indie-folk act.” - Mick Rad, The Music/Lunchbox/2SER

“Once again it's a mesmerising, intimate one from Greta which will cast a spell on you.” - Declan Byrne, triple j