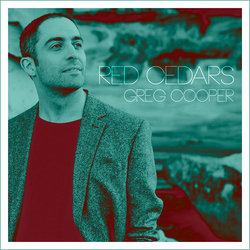 I love songwriting – alone and with other gifted writers. I love to write in the inspirational and worship genres about treasuring the small moments and beautiful relationships we’ve been given.

2019 sees the release of my sixth solo record, ‘Red Cedars’ – an EP inspired by my faith. In 2018 I released ‘HEAL’, an album recorded with ARIA-award winning artist Shane Nicholson. I had the privilege of touring the country this past year and sharing those songs with wonderful audiences. My debut solo album – ‘The Four Day Weeks of April’ – was released in 2008, and following writing sessions in Nashville, I released the ‘Again and Again EP’ in 2013. Further writing sessions in the USA with writers including Marcella Detroit (Shakespeares Sister, Eric Clapton Band) led to The Sculptor EP in 2015. These releases have received radio airplay throughout Australia and Europe. Between 2006 and 2015, I was in worship band Garage Hymnal, working closely with ARIA-award winning producer David Nicholas. The band’s music is sung at churches throughout Australia, and this year the congregational song ‘Hear Our Prayer’, which I co-wrote with Andy Judd, was published as a choral work by Hal Leonard in the USA.


‘Red Cedars’ depicts the moments when our mind feels anxious and tired, and suggests a way to let go of that, and to move forward - by entrusting all our fears to a loving God of the universe. With just piano and voice, it is an invitation to emotional honesty and stillness.