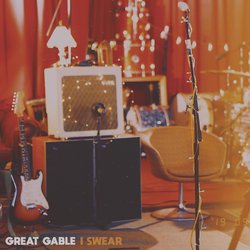 Having emerged as one of Western Australia’s premier indie-rock bands over the last few years, Perth’s Great Gable have spent 2019 throwing down impressive live shows right throughout Australia. With the release of their single ‘Cool Mind Blue’ earlier this year, Great Gable gave fans a new insight into the sonic direction the band’s music was taking.

May saw Great Gable embark on their debut international tour, where they visited New Zealand for the first time, enjoying a completely sold out run of dates. Their return to the country, with shows set up in Wellington, Auckland and Tauranga, will continue to build upon the solid foundations laid, as Great Gable bring hints of their forthcoming new music to audiences for the first time, so too with the band’s Australian dates that follow on directly after.

As a band, Great Gable have long been packing out rooms across Perth, but as 2019 has kicked off, they’ve become a defining force in the indie scene. Having played alongside the likes of Ocean Alley, The Jezabels and The Jungle Giants, Great Gable have quickly risen as renowned headliners in their own right


Perth’s Great Gable unleash the melodic and evocative ‘I Swear’. Another solid snapshot of the band’s growth and dynamism over the last year, ‘I Swear’ comes jam-packed with honesty in delivery and genuine charm to match.