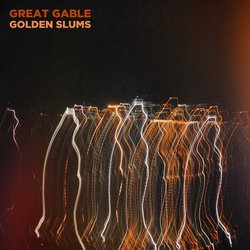 Great Gable (Alex Whiteman, Matt Preen, Callum Guy & Chris Bye) are a Perth based band originally from the South-West of Western Australia, combining a wide range of influences to bring a subtle twist on the alternative-indie sound.

Their latest single ‘Pillars’, recorded at RADA Studio with Matt Gio (Gyroscope, San Cisco, Birds of Tokyo) was released on July 25th. Their national single launch tour has seen them sell out shows in Fremantle, Sydney, Brisbane and Perth, with XPress Magazine saying of their Freo show, “One of WA’s premier upcoming bands, their music is simple yet layered so cleverly that it punches you in the throat whilst still holding your hand. 9/10”

They have supported the likes of Jungle Giants, The Jezebels and most recently Ocean Alley in 2018 which saw another rave review stating, “If you haven’t heard of them before, reprioritise your day because with the quality of their music it’s only a matter of time until they’ll be selling out their own gigs at venues as iconic as Metropolis.”

Great Gable are set to release their next single 'Golden Slums' on 26 Oct, before heading out on a national tour.


Golden Slums is influenced by Perth, the feeling that living in a smaller town or city can give you. It’s not a bad thing, it just influences you in a certain way. The song portrays the two sides of the city - something bright and something dark.