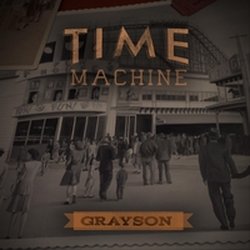 Grayson is a born and bred Australian who tours both here and America. In 2009 Grayson recorded his debut album 'Somewhere In The Night' in Ireland and had an indie #1 and a Top 40 Hit with his first single "Stand Clear.".

During the course of 2012 Grayson played over 100 venues around America and signed a publishing, album, and management deal in Nashville with Garth Brook's Guitar player, Johnny Garcia. Grayson recorded and released his third studio album Little Doors. The album was an instant success reaching number 16 on the iTunes album chart.


Time Machine is the second single from the 2013 release "Little Doors".