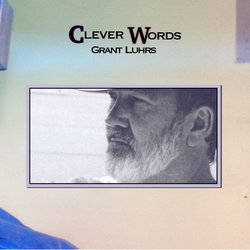 Grant Luhrs is a Singer/Songwriter who has been writing, performing and recording since 1980.
In 1982 he moved to Wagga Wagga and established Flying Fox Recording Studio and the successful duo Luhrs and Crawford.
They released One Foot In The Bidgee in 1987 and Midnight In Paradise in 1990. It gained Luhrs and Crawford two final five Gold Guitar nominations and an ARIA nomination.

Since 1991 Grant has pursued his solo career:-
• Festival Records released Campfire in 1995.
• You Gotta Laugh! was released through EMI. It featured Nude Bootscootin’ which spent a number of weeks on the charts at Number One.
• Full Moon Tonight was released in 2015. The title track has been featured on Ian McNamara’s Australia All Over radio show. A Farming Man is also on the Full Moon Tonight album - it features in Macca’s Top Ten tracks for 2013 and his latest album Get On With It Macca. Grant has also been and continues to be a guest performer on Macca’s Theatre shows around Australia.
This album also includes Grant’s song Take Me to the Backyard which features in the movie The Backyard Ashes. It is also a clip on YouTube


Clever is an interesting adjective...it can be used with noble intent to describe something truly smart and wondrous. Clever words are used in the real world to deceive, distort, promote fear, perpetuate ignorance, create propaganda, start wars, help you believe, persuade you to buy things and make you angry. This is the message I hope you find in this song.