Graham Howle - Keepers of the Land 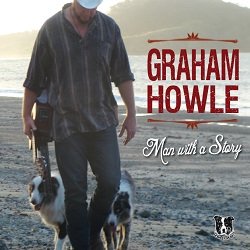 Graham is a singer / Songwriter from Mackay in Queensland. He enjoys the uninhibited life of song writing about the “Real Things” around us. “ I don’t go looking for a song, they come knocking on my door and I just start to write”.
Graham was raised on Beef and Dairy farms on the NSW North Coast. His kids always wanted him to take his writing and singing further but it was not until he moved to Mackay about 7 years ago that Graham began to write and the music started to fall into place.

He has enjoyed various writing awards and has just released his debut album “Man with a Story” with Producer Robert Mackay from Pacific International arranging Graham’s 12 original songs.
Graham believes lyrics and melody should should gain and hold the attention of the listener. “If they don’t then the song is not good enough”.


Farming and communities, Black and white uniting to stand against the bullying of Big Business in relation to Coal Seam Gas drilling.