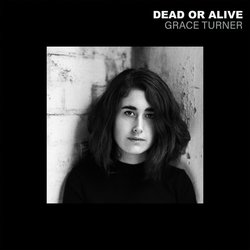 Grace Turner, a singer songwriter from Newcastle is renown for her emotionally-driven indie-folk songs, which are intensely personal. Falling somewhere between alt country and indie rock, her exquisite, smoky vocals coupled with her knack to write emotive, vulnerable songs is nothing short of addictive.

Her latest single 'Dead or Alive' has been described as having "masterclass in lyricism" and "teasing an exciting level of possibility in her music" (Trouble Juice). It was also added to Apple Music's "Best of the Week" playlist. It has been getting time on Triple J and announced as one of the best 5 new songs of the week on the Unearthed Podcast.

The song was inspired from a conversation with a concerned friend in a dark time for the artist, she explains, “The lyrics in the chorus are literally transcribed from our conversation. He called and said, ‘I didn’t know if you’d be dead or alive’. The whole song was written in about an hour after the phone call.”

A true artist showcasing stunning intensity, she writes with clarity, integrity and delivers with purpose.


Propelled by beating drums and strumming guitar, ‘Dead or Alive’ is a mixture of folk, rock and alt-country, paired with the strong yet sweet vocals from Turner. Inspired by a conversation with a concerned friend in a dark time, “The lyrics in the chorus are literally transcribed from our conversation."