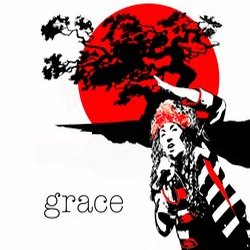 Grace Knight is one of the most enduring talents in Australian music. With ARIA awards and nominations and chart topping recordings in each of the past three decades.

Acclaimed for her live performances, Grace is one of the finest interpreters of popular music in Australia today. Knight’s spellbinding performances touch the soul and lift the heart.

She blew audiences away throughout the eighties as lead singer of internationally successful band Eurogliders. She captivated fans with her “Manic Ballerina” stage persona and Eurogliders took the charts by storm.

As a solo artist she transformed herself from Pop Princess to Queen of Cool and lit up the screen in ABC TV’s award winning mini-series, Come In Spinner. A string of successful solo albums followed. During her jazz career, Grace has done countless live shows including performances for five Australian Prime Ministers, President Clinton of the United States, Princess Diana, and the Thai Royal Family

Her recent jazz albums, “Willow” in 2008 and “Keep Cool Fool” in 2012 both received ARIA nominations.


A song written by Bernie Lynch from my days in Eurogliders that celebrates the joys and wonders of life and the world around us.