Gordi - So Here We Are 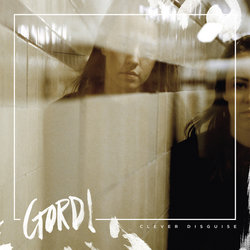 Gordi's debut EP,'Clever Disguise' gets at it both ways — massive and personal music that doesn’t concede an inch of artistic vision. Moments in the EP may recall the early albums of Beth Orton, but more storming and redesigned for the stadiums, festivals and amphitheaters of the 21st Century. Clever Disguise was created with Melbourne producer Ben McCarthy with additional production by Alex Somers (Sigur Ros) and Francois Tetaz (Gotye). And if it’s merely an aperitif for what Gordi has coming up, we’re in for a magnificent show.

Raised in the small, farming community of Canowindra in Australia’s New South Wales, amongst a minuscule population of 2381, Payten learned to play piano and guitar in her house — with Billy Joel on near-constant rotation. She left the rural life in her late-teens to pursue further education in Sydney alongside her musical career. Earthy, wistful folk songs are cloaked in delicate-but-bold electronic production. And what an effortlessly flooring voice to carry it all, at once fractured and brimming with richness. These are songs you could hear bouncing through the alleyways of the city as much as you could hear them rolling across the fields.


A heartbreaking lo-fi piano and vocoder-led lullaby, ‘So Here We Are’ is both the last cut from the EP and Gordi’s personal favourite from the package.


Other tracks by Gordi: Wanting (edit)
%