Gordi - On My Side 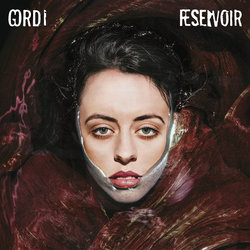 Signed globally to Jagjaguwar and locally to Liberation Music via her imprint Hey/Alfalfa, the Sydney-via-Canowindra artist’s elegant and intelligent pop has won her acclaim from all over the globe. Her songs have appeared up on a smorgasboard of international TV series, and she’s also excited some fellow (and esteemed) musicians along the way, including Bon Iver, Belle & Sebastian’s Stuart Murdoch and Troye Sivan.

In Australia, triple J, FBI and community radio have all championed her songs, which include ‘Can We Work It Out’, ‘Nothing’s As It Seems’ and ‘Wanting’. Gordi was also announced as one of the finalists for MTV’s annual Brand New competition for 2016, which celebrates exciting local talent. In addition, she was recently awarded a grant from PPCA/Australia Council to the sum of $15,000, to use on the continued pursuit of her art – following in the footsteps of Courtney Barnett, who was the last recipient of this award.

‘On My Side’ follows on from the release of ‘Heaven I Know’ from the Canowindra-born medical student’s debut album Reservoir, which is due for release globally on August 25 (via Liberation Music for Australia/ New Zealand and Jagjaguwar for the rest of the world).


An infectious second single lifted from her debut album Reservoir.

Other tracks by Gordi: All The Light We Cannot See
%