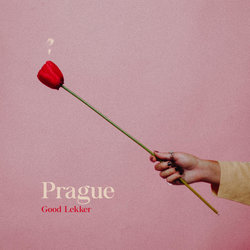 When a case of beer became a promise to jam between friends at Wollongong University, Good Lekker emerged from a sweaty uni storeroom. Over 12 months on and the band have become local favourites and developed an energetic live show that is loaded with catchy hooks, thick psych vibes and gritty vocals.

With three released singles and a run of sold out launches under their belt, Good Lekker have already supported the likes of Boo Seeka, The Babe Rainbow, Castelcomer and Gold Member.

In their relatively short career thus far, the band have also appeared at festivals such as Sweaty Palms, Yours & Owls Festival, FKA Festival, Party in the Paddock and Yours & Owls hosted Garden Party, and racked up spins on triple j with previous single ‘What I Used To Know.’

With their debut EP slated for release in 2019, Good Lekker are quickly showing their promise as one of the country’s most exciting up-and-coming acts.


Prague is an upbeat brit-pop-rock inspired song that encapsulates bittersweet emotions. It's broadly about trying to interpret your own emotions - trying to be alone and realistic/straight with yourself.