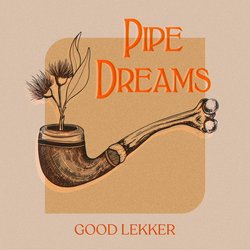 Forming in 2017 Good Lekker emerged from Wollongong for the first time. Two years on and the band have become local favourites, gaining a significant fan base nationally, whilst developing an energetic live show filled with thick synths and dirty riffs.

Since the release of their first two singles 'Alibi' and 'What I Used to Know' the band has played festivals such as Sweaty Palms, Yours and Owls and Party in the Paddock, whilst establishing their sound. Following their latest single 'Prague', the band has had significant plays internationally and played to packed rooms up and down the east coast of Australia on their debut headline tour.

Following the tour, the band will be releasing their next single 'Pipe Dreams' - their most mature and pensive release to date. Which anticipates the release of their debut EP 'Samara'.


Pipe Dreams, like many of Good Lekker’s songs, was written as an extended jam that was later refined both at home and in the studio. Ultimately, in ‘Pipe Dreams,’ the band try to dwell on the challenges of living with and responding to some of the biggest questions that plague our existence.