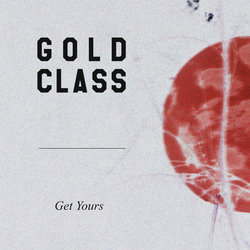 With a week until the release of their new album, Drum, Gold Class release new track/video ‘Get Yours’, described by the band as the centerpiece of Drum. “It was the first of the songs we wrote for the album” said singer Adam Curley.

The video, directed by Defero Productions, was filmed at the band’s sold out Corner Hotel show last month. It perfectly showcases the dynamism of Gold Class’ live show. Indeed the wondrous force of the band’s performances served as both sonic and thematic inspiration for the album.

“I wanted Drum to bridge the gap between being onstage making this loud, rhythmic music and just being a person in the world,” says Curley. “In life things are funny, you have crushes on people, things are stupid, you stay out all night. But you’re also part of what’s going on in the world and you have your own big struggles. I wanted to try to piece that all together.”

Gold Class have just come off an Australian and New Zealand tour with some upcoming Australian Festivals before, for the second time this year, the band head over to Europe and the UK to tour the new album.


“It’s a ‘fuck you’ song, I guess – I was starting to circle around the idea of claiming yourself and celebrating your own resilience even when you feel powerless and vulnerable. That’s what I wanted a lot of the album to say.” says singer Adam Curley.

PERFORMING AT THE AGE MUSIC VICTORIA AWARDS AFTER PARTY