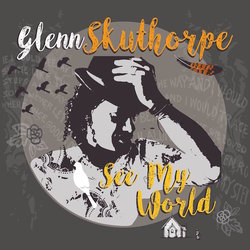 
Small Change is a bold and melodic track with accordion riffs and a harmonica solo that from the get go demands the listener lean in closer, get on their feet and come along for the ride.


Other tracks by Glenn Skuthorpe: See My World  -  Where Are You Going My Love
%