Glenn Skuthorpe - Life of a Rose 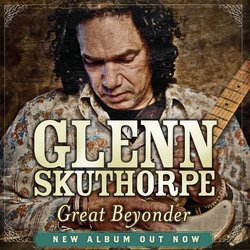 Glenn’s musical journey transcends the country/folk crossroads, creating a unique sound reminiscent of Springsteen and Steve Earle.
With soulful lyricism and a street-hardened eye Glenn is a vital and compelling storyteller with poetic lyrics full of love and loss, murder, betrayal and renewal.
He gives voice to those whose stories must be heard.
Admired by his peers, praised by critics and adored by his audience, his fourth and latest album ‘Great Beyonder’ has just been release.
Sometimes described as one of the most underrated Australian songwriters in Australia today, he has toured the world and his music is featured on work by Wayne Blair (The Sapphires, Redfern Now) as well as documentaries and televisions programs such as the ABC’s Message Sticks.
Glenn’s songs have been featured on the ABC’s ‘Sending A Message’ and Secret Street’s ‘Fresh Salt’ compilation CDs.


Every rose has its thorn and sometimes you get pricked. Glenn Skuthorpe's haunting lyrics of a love that pricked his heart will resonate with everyone.