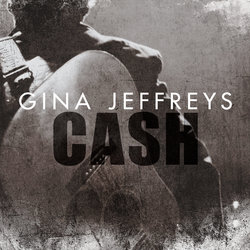 Gina Jeffreys returns to centre stage with her new single ‘CASH’ following a 12-year break from releasing new music to raise her family.

‘Beautiful Tangle’ is a stunning collection of personal stories that come straight from the heart and showcases Gina’s rich and distinctive voice that has won over the country music audience since her award-winning career began nearly 30 years ago.

In January 1991, Gina Jeffreys burst onto the Australian Country Music scene as the new Star Maker winner, taking over the reins from previous winner Keith Urban at the Tamworth Country Music Festival.

Gina went on to become Australia’s first ever female country artist to sell platinum albums, perform sell-out shows across Australia and take her music all over the world.

She quickly went on to become a household name regularly appearing on hit TV shows and touring with music greats like Lee Kernaghan, Kenny Rogers, Guy Sebastian, Kris Kristofferson and the most famous of all – Johnny Cash.

She has a string of number one hits, Golden Guitars and music awards.


The inspiration for ‘CASH’ comes from Gina’s career-launching tour in 1994 as the support act for the legendary Johnny Cash. It was a time that changed Gina’s career from singing to five people a night in a dimly lit Sydney wine bar, to opening for Johnny Cash in front of 15,000 people a night.