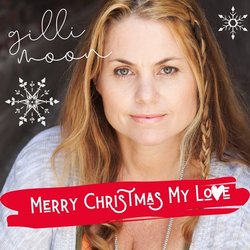 Australian, Hollywood-based, Singer.Songwriter.Recording Artist. One of the first known “Indie Artists” of the 2000s, who rose, like a phoenix out of the music business dot com ashes, and formed her own record label and online distribution model, a rare feat back then and even now, defying the major labels, to become a successful independent artist. gilli moon has a string of songwriting awards, cuts, and credits to her 25 year career span.

gilli (pronounced as with a "J") has released 7 albums, and released over 100 songs and albums for other artists. She has worked with other highly respected prominent artists including Placido Domingo and will.i.am, opened for Erykah Badu, Rickie Lee Jones, Simple Minds and toured the US with Eric Idle (Monty Python) and for Jeff Buckley Estate.

“Smart, sensitive and perceptive in a style all her own,” - Music Connection Magazine, “Elegant, sophisticated and revealing of the human heart”.

Her widely distributed creative work has garnered the highest praise from thoughtful critics across the globe.


This is a Christmas Song for anyone who loves a good holiday song and who believes in love. This is the pop remix version, all with the fun Xmas sounds - yep, including jingle bells!

Other tracks by Gilli Moon: Merry Christmas My Love
%