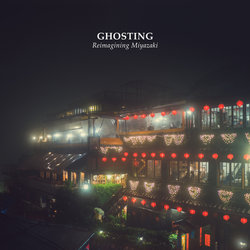 Reimagining Miyazaki is the ambitious debut instrumental mixtape from Ghosting, a new identity for influential Melbourne record producer Andrei Eremin. Inspired by the beautifully minimalist soundtracks of iconic anime director Hayao Miyazaki’s work, the mixtape samples each of his feature films and transports them to an entirely new dimension, continuing the beatmaker legacy led by the likes of Dilla, Metro Boomin, Flume and more.

Taken from his incoming Reimagining Miyazaki mixtape, the first taste of the expansive body of work is 'One Summer「 Spirited Away 」'. Inspired to write the mixtape after the 15 year anniversary of Spirited Away's release, Eremin comments;

'The mixtape started as a lightbulb moment to sample Spirited Away, one of my all-time favourite films. I took out my keyboard on a whim, cut up the intro to the film and within 4 hours I’d finished the best track I’d ever made. It was a sign. From there the decision made itself - I had to sample every other Miyazaki film.'

So invested in the project, Eremin took a visit to one of Taiwan, to visit Jiufen, a coastal mining town 45 minutes out of Taipei, famous for being the inspiration behind Miyazaki’s Spirited Away.