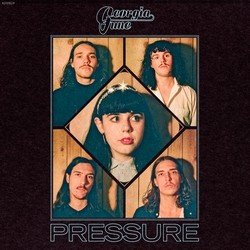 Having formed less than a year ago, the up-and-comers are already making waves in their own right, garnering huge support for debut single ‘Cool’ and follow up track ‘Broke’ from the likes of FBi Radio as Independent Artist of the Week, as well as Triple J Unearthed, earning them a slot at this year’s Byron Bay Falls Festival as well as adding supports for Sloan Peterson and Donny Benet to their ever-expanding resume.

With a cracker of a year behind them, the pop rock quintet are gearing up for an even more exciting 2018 with the release of new single ‘Pressure’ teasing an extended release later this year.