Georgia Fair - Where You Been 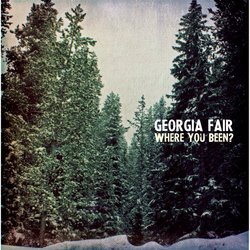 Georgia Fair's evocative, winsome debut album, "All Through Winter", immediately announces itself as one of 2011’s most impressive local offerings
Georgia Fair found a firm friend in All Through Winter producer Bill Reynolds – bassist with acclaimed American outfit Band of Horses.
Recorded in the snow-covered mountains of Asheville, North Carolina, “Band of Horses had just recorded their third album [Infinite Arms] there,” Jordan explains. “It was very chilled, a totally relaxed vibe. An old church, the surroundings were very inviting, warm and welcoming
Reynolds brought in a variety of close musician friends to add colour to each song Georgia Fair unveiled, including fellow BOH alumni Tyler Ramsey, while instruments such as piano, Mellotron, mandolin and Omnichord were run through endless pedals. “Bill was always going, ‘You have to get the magic, man!’” Jordan laughs.
For Reynolds, the appeal of working with the talented newcomers was impossible to resist. “It’s once in a blue moon that I come across a group with such great harmonies and great songs,” he attests. “When my manager sent me the demos for the LP I knew I had to find a way to work with them
Released through Sony on October 21


Organic, low-key harmonies and sophisticated,folk-pop, (Georgia Fair) have delivered an evocative, winsome debut album “All Through Winter”
Recorded with Band of Horses' Bill Reynolds in the snow-covered mountains of North Carolina
Rollicking first single “ Where You Been with it's rolling drums, piano and mandolin, is ready for the airwaves!