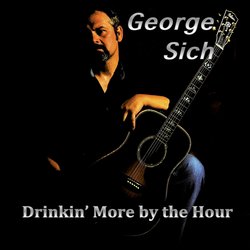 The 2010 release of his debut EP ‘True Story, I Swear’ started a journey for singer/songwriter George Sich.

That critically acclaimed, self produced effort turned out to be just a calling card that opened many doors, yielded four singles and video clips and found him producing jingles for the Grant Goldman breakfast show on Sydney’s iconic radio 2SM and the Super Radio Network.

Now, three years later, George is putting the finishing touches to his much anticipated debut album ‘Spade’, using the best local and Nashville based musicians as well as playing many of the instruments to make the album, as much as possible, a product of himself.


My wife and I were watching a sad movie, where the heroine died. My wife asked me what I would do if she ever left me. The answer was easy, “Baby, I would just die; I would drink myself to death.” ,and that’s the truth…I added the three chords later.