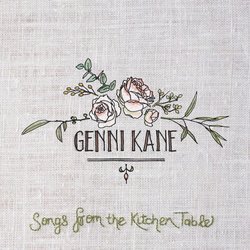 Genni Kane was the lead singer of the ARIA and multiple Golden Guitar award winning 80s band, Flying Emus. She has been writing songs and performing since she was 17. She has written songs for many artists including Slim Dusty, Jimmy Little, Anne Kirkpatrick, Felicity Urquhart and Bananas in Pyjamas. Most recently Genni has been exploring and writing songs at her kitchen table about how she sees the world.

“Some singers act when they sing, frightened to expose themselves. Genni Kane builds a road of truth slap bang in the middle of her songs. Not a highway, mind, but a charming country road with overhanging trees, and at the destination you don’t just find Kane, you feel you get to know her as well, as if perhaps you had shared a couple of bottles of red wine with her.” - John Shand, SMH, 21.01.2017


Dust & Bones is a love song to the small, historic village of Millthorpe in Central West NSW, but it could be any small village anywhere...or wherever you call home. This is the place I want to be buried. On the hill overlooking the village, beside the bluestone church. This beautiful place has stolen my heart.