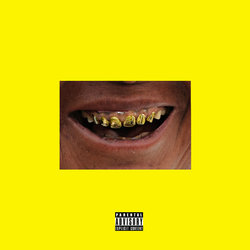 With his first release of 2019, Genesis Owusu returns today with a double dose of his perfect fusion of hip hop & R&B in “WUTD” & “Vultures”, out today on Ourness. Produced by The Free Nationals’ Callum Connor, the AA side solidifies the pairings flawless collaborative relationship, with both singles shining in singularity and together illuminating the range and diversity that propels Genesis Owusu as a frontrunner of Australia’s most exciting new talents.

Since being uncovered as a finalist in triple j Unearthed High at 17, Owusu has continued to capture the attention of the nation one release at a time. His 2017 debut EP, Cardrive introduced him to a crop of new admirers intrigued by his unique abilities, whilst his 2018 singles “Awomen, Amen” (produced by Hiatus Kaiyote members Simon Marvin and Perrin Moss) & “Wit Da Team” (produced by Callum Connor) secured a fanbase hooked on his talent, receiving nods not only on home soil but from international tastemakers alike, including Okayplayer, Mixmag and XLR8R.


“WUTD” gives us a glimpse into the breadth of Genesis’ musical capabilities, the chorus showcasing his silky falsetto & flowing through each verse with lush rap lyricism. Backed with a strong funk bassline and harmonised vocals, “WUTD” signals another fierce follow up to his partnership with Connor, continuing to champion Genesis’ dive into the world of R&B.


Other tracks by Genesis Owusu: Vultures