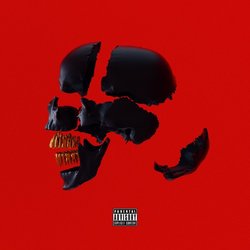 2019 has seen Genesis Owusu truly come into his stardom and capture the attention of the nation, and they can’t look away. His debut EP Cardrive and follow up single “Sideways” (produced by Hiatus Kaiyote members Simon Marvin and Perrin Moss) introduced him to the world as an exciting new talent, before his 2018 singles “Awomen, Amen” (produced by Simon Marvin and Perrin Moss) & “Wit Da Team” (produced by Callum Connor) put his name on the map and secured a loyal fanbase. When unveiling “WUTD” and “Vultures” earlier this year, the double release sent shockwaves through the nation and beyond, having since received nods from international tastemakers including Okayplayer, Mixmag and XLR8R to name a few and marking triple j additions for all singles 2017 and beyond.

Known for his unmatched live performance, Genesis Owusu took the Smiling With No Teeth Tour to stages in May this year, stopping at Brisbane, Sydney, Melbourne and Adelaide with off the wall energy, hip moving rhythms and support from his raucous Goon Squad. Always in the company of greatness, he has supported the likes of Cosmo's Midnight, Noname, Aminé, SAFIA and Ruel.


Produced by The Free Nationals, "Good Times" matches sharp rhymes with falsetto back ups and every vocal trick in between, marking an undeniably feel good groove impossible not to move along to and a taste of the versatility we have come to expect from a Genesis Owusu release.

Other tracks by Genesis Owusu: Simmer Down
%